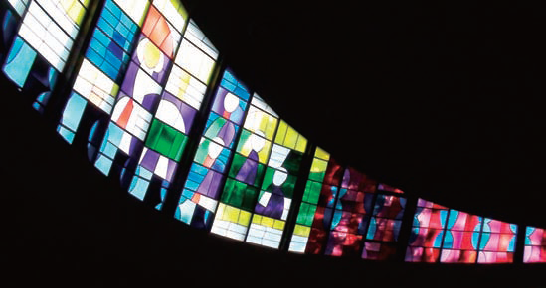 This large Roman Catholic Church near Karl Barth’s home features an interesting semi-circular nave, a tent-like ceiling and bright stained glass windows. Karl Barth followed the activities of the high and low Catholic Church durning the Second Vatican Council with great interest. Some of his friends even feared he would convert and become a Catholic. However, he denied their concern, saying “I would never become a Catholic”. He was disillusioned by the Protestant Church’s lack of interest in the developments within the Catholic Church. His aim was an “evangelisch-katholische Kirche” (“evangelical-catholic church”) over against the Roman “petrinisch-katholische Kirche” (“petrine-catholic Church”).

HOW TO GET THERE